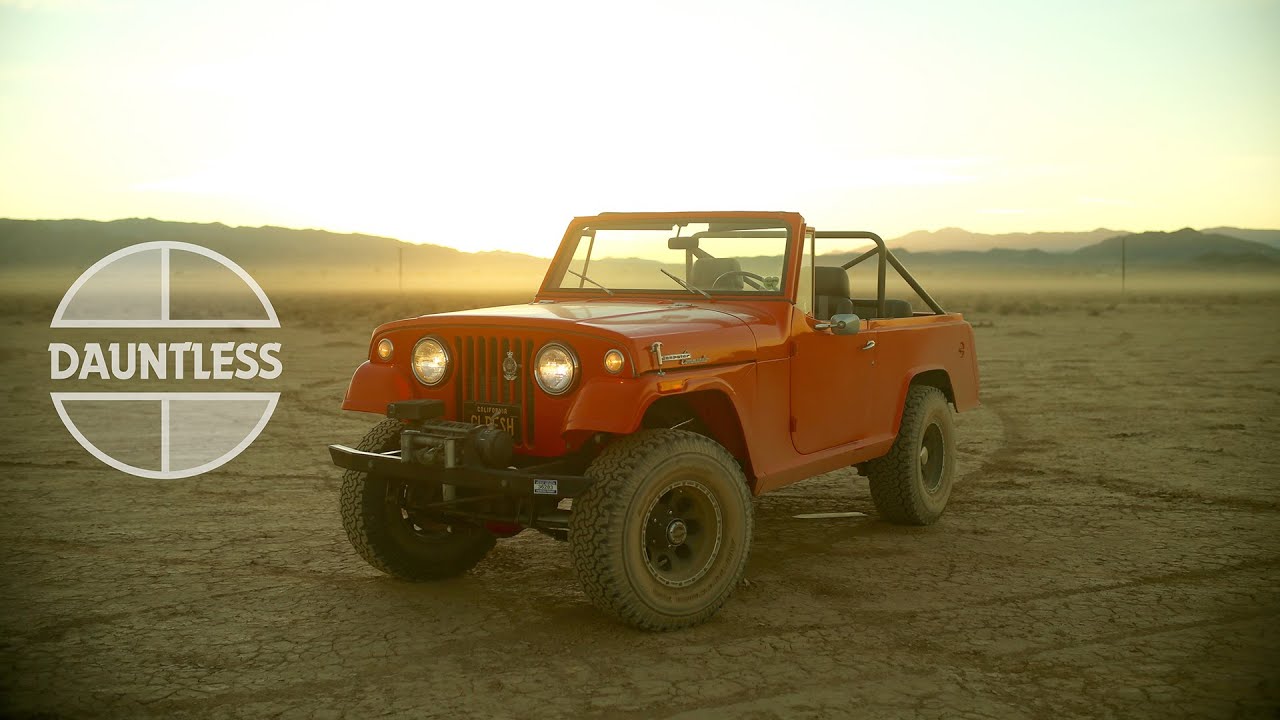 This Jeepster Commando is Dauntless. “Sometimes, there are things that are a little bit unorthodox, or a little bit extraordinary in one way or another, that deserve to have their story told so people remember they exist,” says Sam Fankuchen. “This [Commando] gets mistaken way more often for something else than identified for what it is.”

So what is it? A 1970 Jeepster Commando, one of those domestic classics one doesn’t see too often. Over three generations from 1966 to 1971, only about 60,000 were made—and few survive today.

That hasn’t discouraged Sam, however, whose Commando is fitted with a rebuilt and upgraded Dauntless V6 underhood and a number of other aesthetic and performance modifications. He says parts are about $100 for “anything that might break” and the pair have driven just about everywhere in California—way off-road, of course.

“The gauges are not stock, but apart from that, nothing was added. In fact, things were subtracted,” he says. “I stripped out the all the interior and put [truck] bed liner in front to rear so I could just hose it out and not worry.”

Inside, Recaro seats from a Mk1 Volkswagen GTI were recovered in marine leather, making them impervious to the elements (and Sam’s wetsuit). As it sits, the Commando is about as simple and robust as 4x4s get.

“It was harder, more expensive, less safe to drive this thing every day, but I did it because I was committed to the project, I did it so that one day I’d be able to introduce my kids to cars like this,” Sam says. “When you’re looking at the future of our economy here, it’s really important to encourage an interest at a young age…”

“…the next time a little kid sees this car and it makes him really happy, I know it maybe ignited a sense of understanding or appreciation for math and science and mechanical systems, which I think are going to be really important for people to continue to care about.”