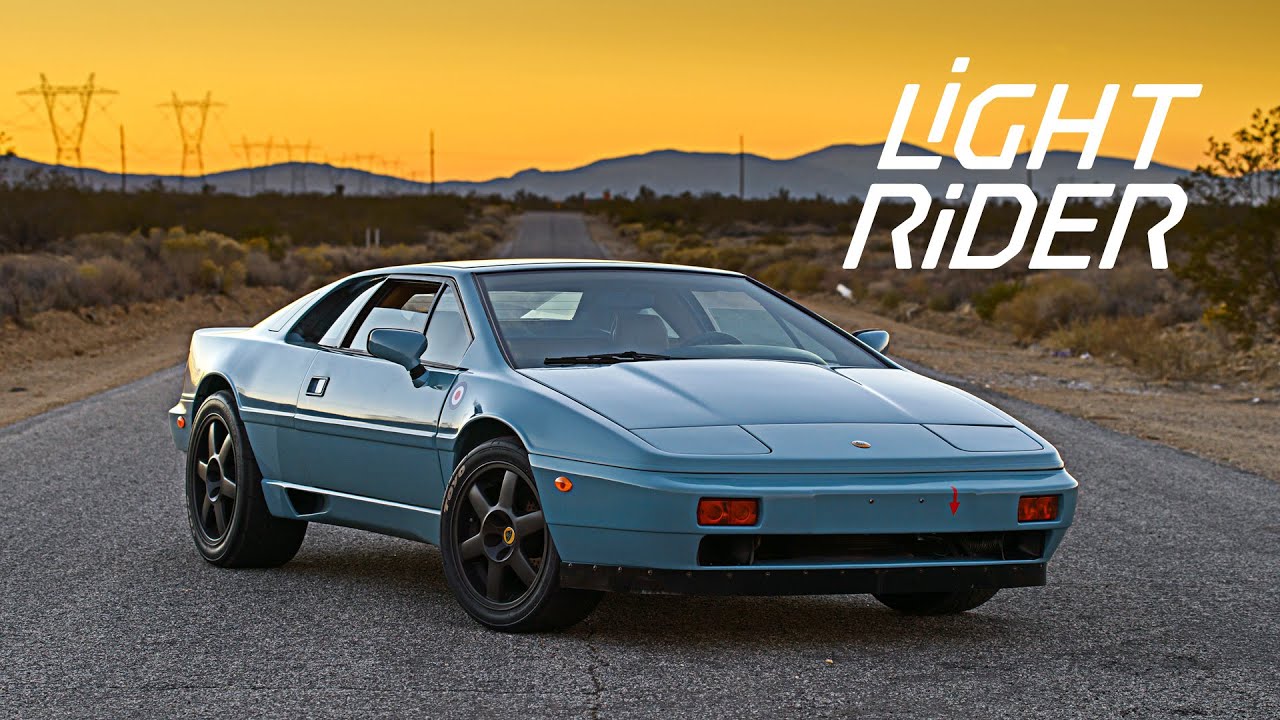 This Lotus Esprit Is A Light Rider Reborn. “The Esprit is not a well-known car,” says Spencer Canon. “Car guys know what it is, but they don’t know much about it—it’s a mystery.”

Canon’s profession as the founder and creative director of Ritte Bicycles may not be your first guess, but when you consider that performance cycling is all about doing more with less, well—a Lotus Esprit is the perfect sports car to have.

Designed as one of the first examples of Giorgetto Giugiaro’s revolutionary wedge shape, Canon’s Esprit was from the generation updated by Peter Stevens (who also did the McLaren F1). It looked stunning…when new.

“When I got the car, it just looked absolutely terrible,” he says. Faced with the prospect of fixing a trashed Esprit, Canon realized something liberating: “I had a car that was probably never going to be in a truly original state again, and that gave me permission—in my mind—to do a few things to it that the original designer wouldn’t be upset with…hopefully.”

“If I can save a car from going to the dump or being parted out, then it’s excusable if it’s not painted the original color or has wheels from five years later…” he adds.

Now tastefully updated, painted in striking light blue, and lightened beyond its stock form, this Esprit is finally the light canyon rider that Canon dreamed of creating.