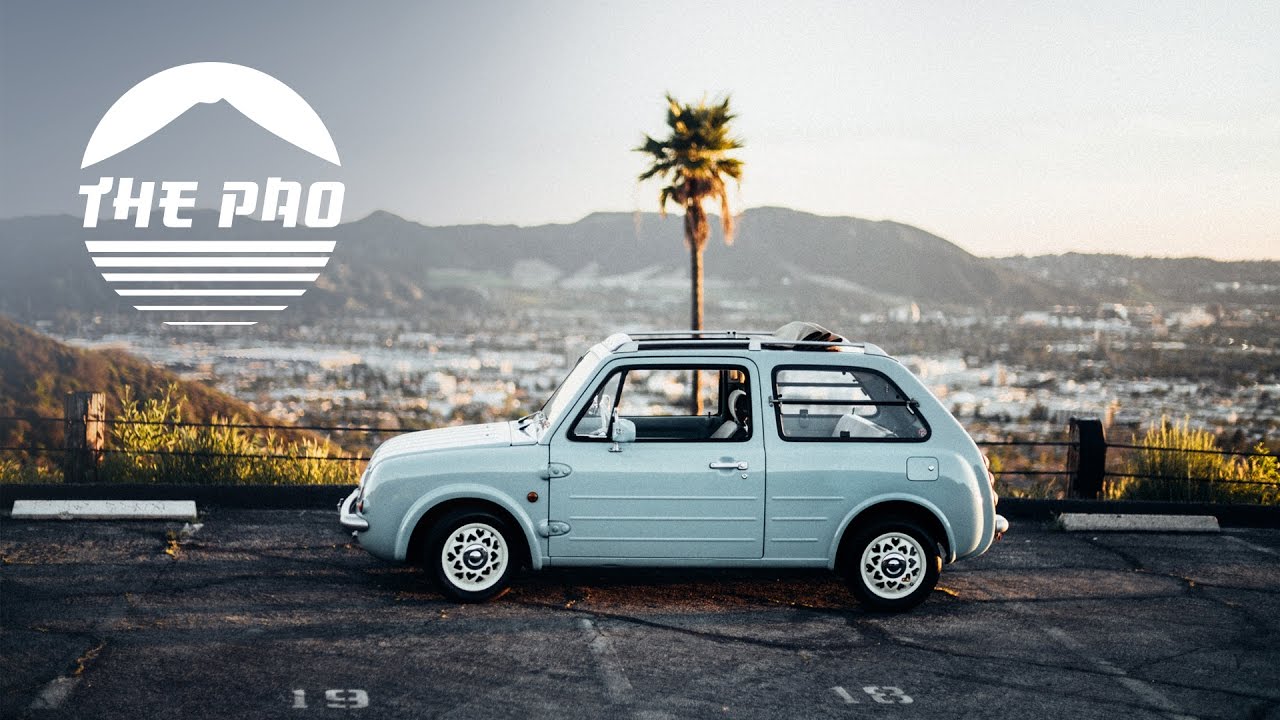 This Nissan Pao Isn’t A Sports car, Exotic, Or Pedigree Rich Racer, It’s Just Different.. This week we squeeze into an unusual Japanese car: a 1989 Nissan Pao. The smitten owner of this adorable compact city car, Godis Sanchez, tells us what it was about the pastel teal retro-mobile that lured him.

After first discovering the limited production Japanese domestic market hatchback, Godis says, “I told my dad, ‘You know, that looks like a little wagon that never decided to grow.’ It was perfect. It’s just a weird car, and I like that—the weirdness of it. It has it’s own character. It looks like it came out of a Pixar movie.”

Japanese cars have become more collectable than ever thanks to a growing fanbase and, in recent years, the Federal Motor Vehicle Safety Standard 25-year grey market vehicle import exemption has enabled stateside enthusiasts to dabble in foreign market autos that were never sold new in North America.

While select cult-followed Japanese Nostalgic Cars, such as the Nissan R32 GT-R, are more mainstream, enthusiasts like Godis dared to differ from the common imports with surprisingly positive results. “I like the fact that people come and ask me about the car. I like that when you’re passing by, they don’t know what it is. They give you thumbs-up everywhere you go,” Godis says smiling, “To me, I didn’t want a GT-R. I wanted something special, something different.”

With an estimated 50 horsepower, the excessively accessorized car is more about style than speed. “It demands for you to be sympathetic with every input you put into it and to be gentle with it. You’re not going to be speeding in it; this is a city car. 0-60 is dependent upon what you had for dinner last night.”

But don’t let the Pao’s portion-control-proportions fool you. Once inside, it’s roomier than you’d expect thanks to its clever, minimalistic packaging. “Seeing such a tall guy coming out of such a small car, people wonder, ‘How’d you get in there? Do you fit?’ People don’t realize there’s nothing in there other than the dash, panels, and a couple switches. All you have is space.”

The Nissan Pao isn’t a sports car, exotic, or pedigree-rich racer, “It’s just different, and different is always good—especially a car that makes you smile. That’s always a good thing.”