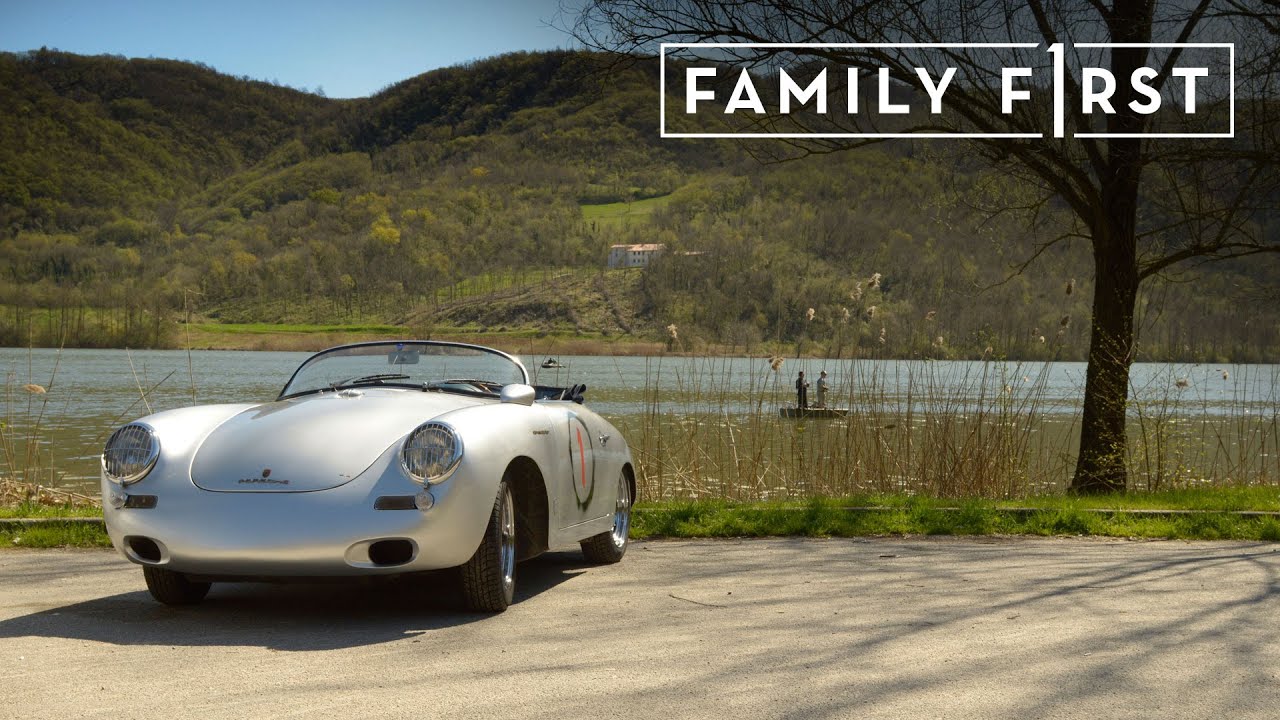 This Porsche 356 Speedster Puts Family First. In the fourth generation of a family of coachbuilders, Rosita grew up surrounded in every way by cars, from the Ferraris her mechanic father picked her up from school in, to the toy cars he brought home for his children. Thing is, even though the family worked on primarily Italian cars, her father’s true love was with Porsche.

Fifteen years ago, the family brought home their very first: a 356 Speedster in dire need of a complete restoration. From the beginning, the family wanted to restore it as a race car, because Rosita’s father had always wanted to have a race team. Being masters at shaping metal, the finished car wears a number of unique touches, from the shape of its nose to the fuel filler relocated to the front hood.

Now pressed into service regularly, including tours and rallies, the car has a chance to stretch its legs. A hand-formed aluminum hood and doors, uprated engine, and close-ratio transmission are tasteful modifications that fit the car’s purpose perfectly.

“Many people think that a classic car is meant to be preserved as a memento, but I enjoy using it and experiencing it as much as possible,” Rosita Corato said. “Even if this means coming home with a scrape or a dent here and there.”

It may have taken a few decades, but seeing Rosita pilot the silver Speedster around the countryside is proof that it’s possible for a car to become part of the family.