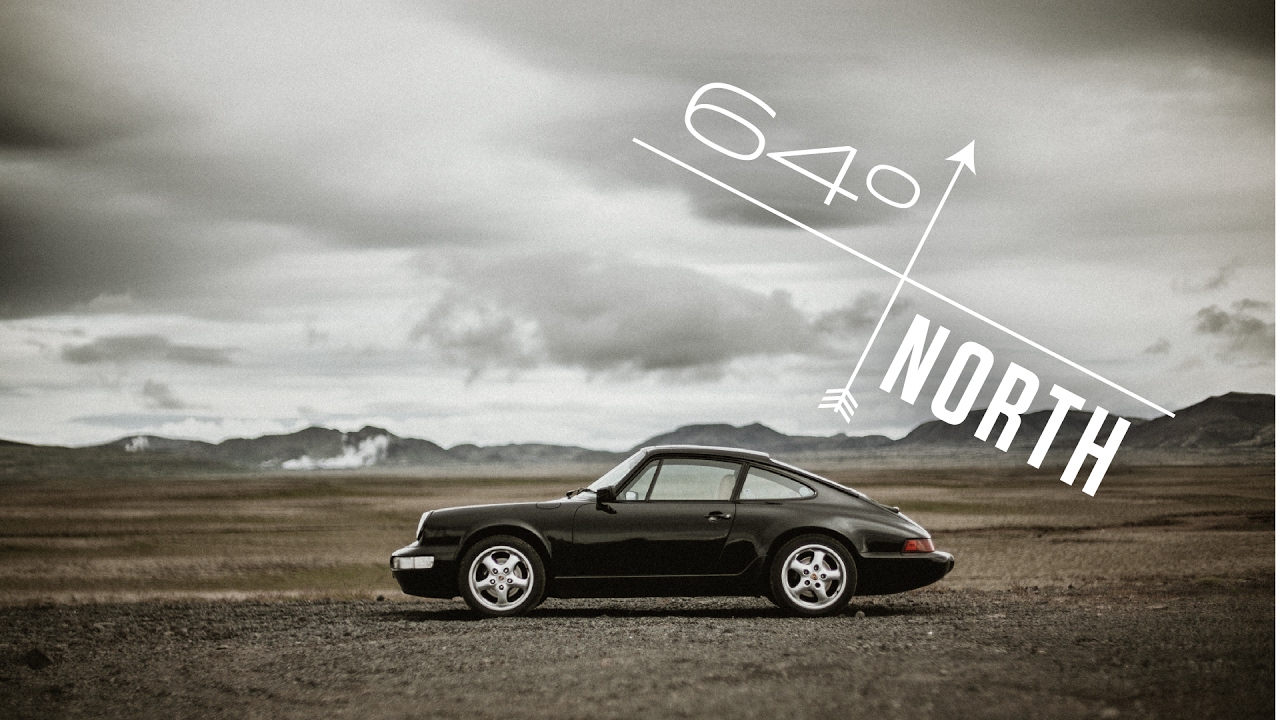 This Porsche 964 Is Piloted In Iceland At 64 Degrees North. This week we take a ride in Peter Lentz’s Porsche 964 through Iceland’s most scenic mountainous switchback b-roads.

A commercial pilot for Icelandair by trade, Peter came across this jet black Carrera 4 and had to have it. “You know, because we don’t have so many cars in Iceland for sale, I just grabbed the opportunity and bought the one that was on sale.” Not that you’ll hear Peter complain about the air-cooled beauty he had to ‘settle for.’

“I’m not especially keen on driving fast anymore. I used to when I was younger, but not anymore. I like flying fast, especially if you level off on top of the clouds. When you cruise along at 860, or 880, almost 900 kilometers an hour, you have an immense sense of acceleration and speed. So, I get my kicks for speed up there because on the roads it’s not so sensible.”

Living along the northern 64th parallel, it’s amusing if not a tad coincidental that he pilots a 964 when not charting commercial flight paths. Sheer ground speed isn’t what Peter is all about, but neither is his modern classic Carrera. “It’s not about driving fast. You know, if you can drive a car that lies well on the road, feels good, sounds great, it’s a good thing.”

“Of course, I didn’t know that during my career I would get a job in Iceland. As it is for now, I’ve been with Icelandair for 18 years and, yeah, I always look forward to going to the job. The perfect end of the day is to go for a drive… in a Porsche.”