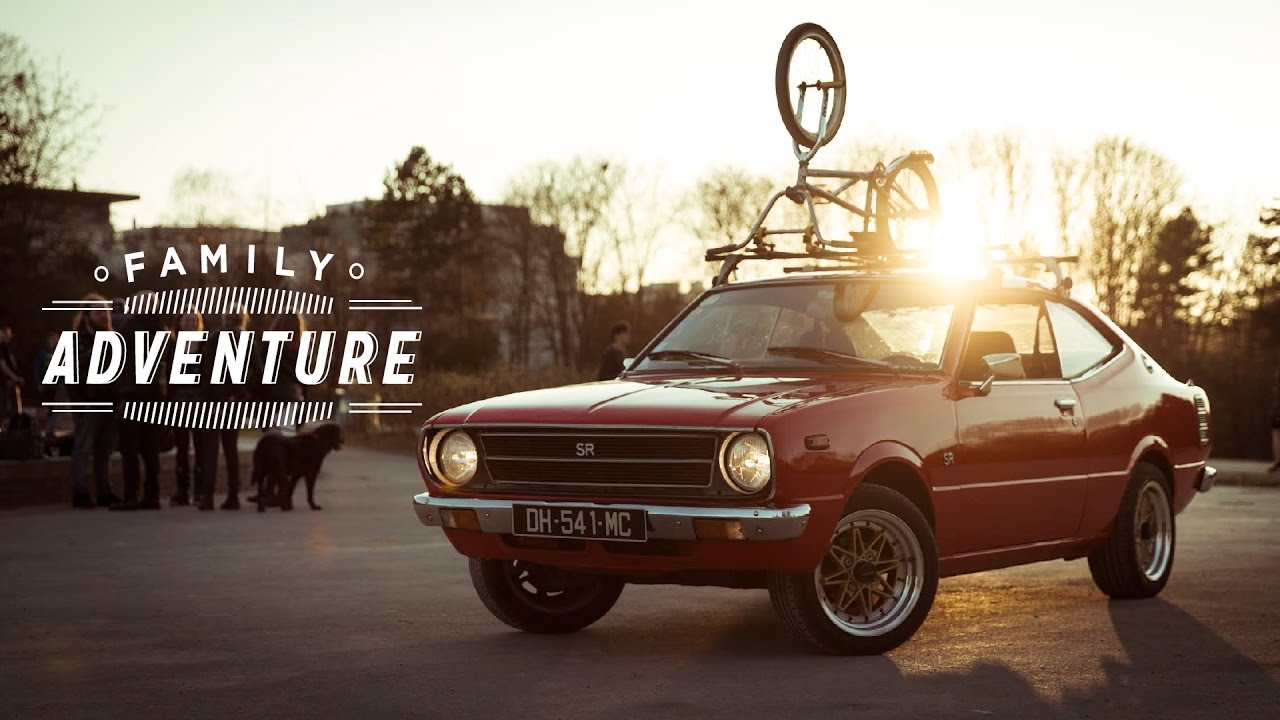 “I grew up in the back of a Renault 5 and Mercedes 190,” Romain reminisces, “On the highway, I would play a game with my father and my kid brother. The goal was to guess the make of cars and trucks. My father would always win because of all the old cars. That’s where it all started.” What began as an innocent game to pass the time on family road trips became the seed for a lifetime of automotive love.

“I became interest[ed] in those cars,” Romain lovingly admits, “I am curious, and not knowing what make they were intrigued me.” In his younger years, Romain’s family acquired a sturdy Toyota Hilux—the seemingly immortal compact truck the world’s workforce has depended on for decades—and years later Romain’s grandfather is still driving the trusty Toyota hauler.

His granddad’s Toyota pickup-turned-farm-truck, a neighbor’s often-driven Datsun, and the Saraiva family’s Mazda MX-5 with a six-digit odometer tally all came together to capture Romain’s curiosity: “I found it so interesting. I came to realize that these cars had a story and a soul.”

When Romain eventually came of driving age, he was studying art in school and was after something special for his first car; something different, something with a soul. After discovering the unusual classic Toyota Corolla coupe in Portugal while on a family vacation, Romain kept an eye out for a similar sled once home back in France. Finally, he found a red and white Corolla KE35 SR for sale: “It reminded me of Starsky & Hutch, so I fell for it.”

But Romain’s lusting eyes were blinded from what lay beneath the shiny red paint. He quickly discovered that the car was somewhat shoddily thrown together—not to mention it had been wrecked and hastily repaired for a quick sale—but the Corolla’s charm captivated Romain all the same, and he decided to iron out the wrinkles and make his vehicle into the one he’d originally envisioned it could be.

“We spent a lot of time on it, taking it apart, changing parts, and redoing it. We wouldn’t give up,” says Romain, “I really wanted to create something for me and for my children too, like a heritage. Just like my father’s talents for mechanics, for everything he taught me and will continue to pass on to me.”

It was a lengthy process that required a lot of the family’s hands to help resurrect the humble Toyota coupe, but Romain was determined to bring it back from the brink. “It was a family adventure between a father and a son and the rest of the family who had to put up with a dismantled car for over two years, but [it] all ended well.” After seeing the rebuild photos and the finished project in action, we couldn’t agree more.