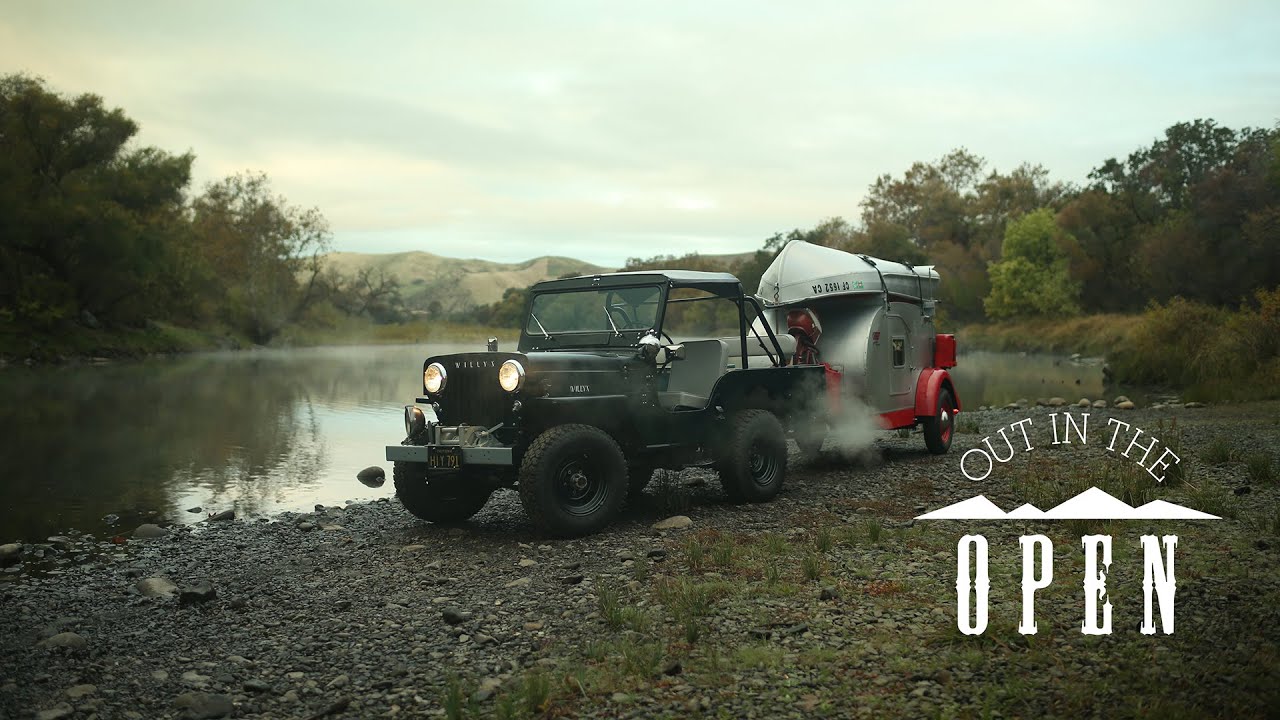 This Willys Jeep Has Always Been Out In The Open. “The adventure began when we left the driveway,” says Larry Shank. “And that’s what was neat about the Jeep and the teardrop; you became part of the country from day one.”

Shank is the proud custodian of this 1953 Willys Jeep CJ-3B and 1947 Ken-Skill Kustom Kamper Model 10, both bought by his father in period and used during their entire lives by his family for exploring the U.S. while on vacation.

Traveling off the beaten path may seem extreme, but he has a different perspective: “You arrive not exhausted but exhilarated; because you’re already there, you’re already on vacation…”

His father taught him how to drive the Jeep and fix the Jeep, and set up camp; their relationship was close and unique, he says. For his father, vacations were a way to reconnect with nature after months at a demanding job at Lockheed.

“You could not go the places he wanted to go unless you had this. There were dirt roads, sandy roads, where a normal car would not make it,” Shank says. “The Jeep could get him every place he wanted to go.”

Even today, Shank’s Jeep explores wherever his son wants to go.