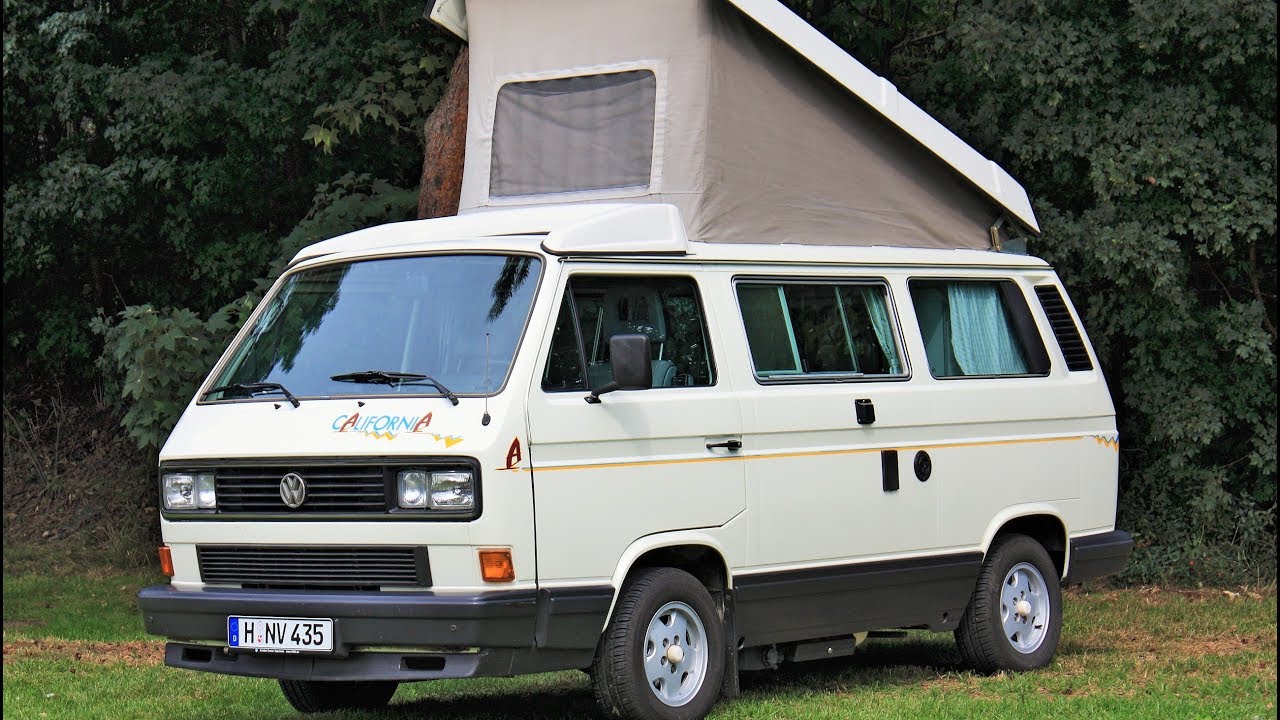 The California story began back in 1988 with a special camper model based on the T3 van generation. Late that summer this first California was unveiled at the Caravan Show in Essen. It was the year that Whitney Houston accompanied globetrotters on their car radio with ‘One Moment in Time’ and Tom Cruise excelled alongside Dustin Hoffman in ‘Rain Man’. In Germany Helmut Kohl was chancellor and in the USA Ronald Reagan president.

Customers were able to order the first California in one of two colours: ‘Pastel White’ or ‘Marsala Red’. The interior designers showed an awareness for style with the white-and-grey, clearly laid out kitchen units. The price for the camper was 39,900 DM. The California’s attractive price, clever features and indestructible engineering of the Bulli immediately made it a best seller with 5,000 units sold in the very first year. Thereafter the California developed from a special edition model into a range of its own, became ever more popular and in just three years won the custom of 22,000 camper van drivers.

It is true to say that the California campers of yore never became ordinary used vehicles. Rather they matured into classics of their age. In Germany the first California T3 has just received official ‘Classic’ status and with it the ‘H’ registration plate suffix. There is a good chance that the following generations will also be enrolled into the Hall of Fame of classic vehicles, as all California campers – whether from 1988 or 2018 – already have cult status. And that is timeless.

If, incidentally, looking into the on-board kitchen of the California T3 exhibited at Techno-Classica makes visitors feel a little peckish, they too will be in good hands on Volkswagen Commercial Vehicles’ stand in hall 7.0. For being served there will be the legendary ‘Volkswagen Genuine’ currywurst. Also on the stand in Essen will be a 1963 ‘Becks Bulli’, from which trade show visitors will be able to get the perfect drink to go with their ‘Volkswagen Genuine’.