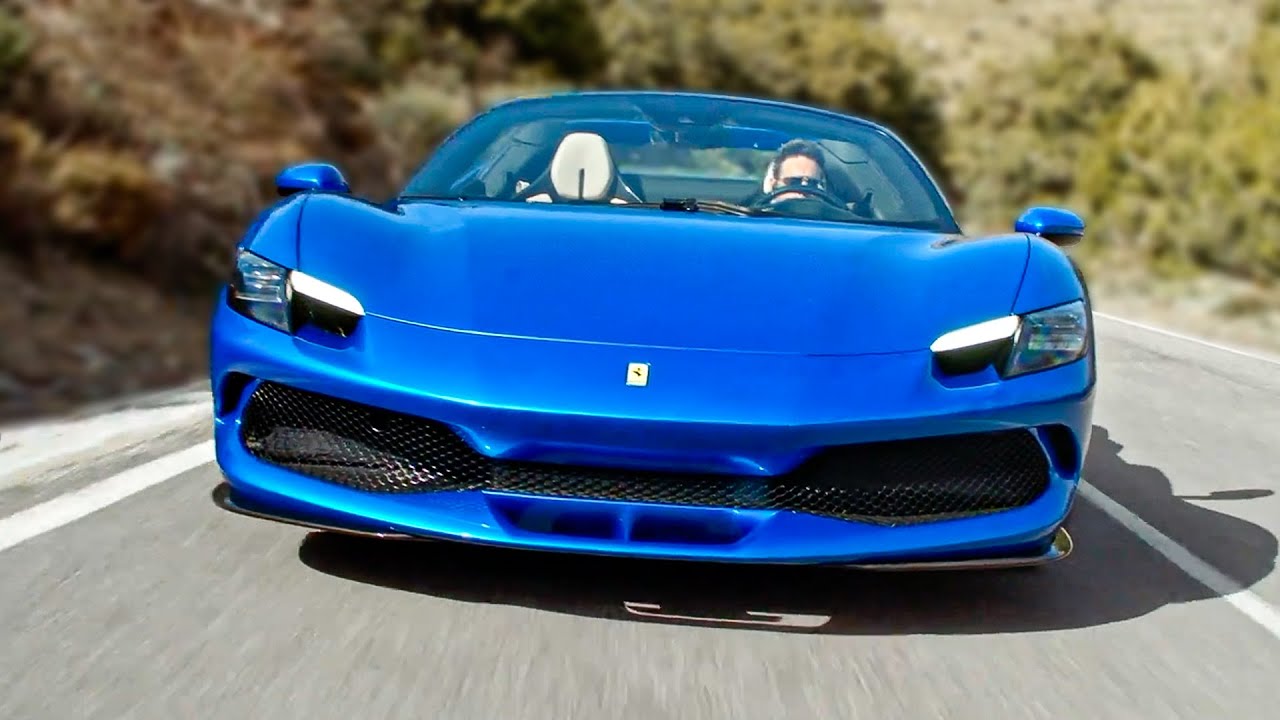 World Premiere FERRARI 296 GTS (2023) New 830-HP Berlinetta Spider. The Ferrari 296 GTS uses the new 663 horsepower 120° V6, coupled with an electric motor capable of delivering a further 167 HP (122 kW), which debuted on the 296 GTB. This is the first 6-cylinder engine installed on a road-going spider sporting the Prancing Horse badge; it unleashes its class-leading 830 HP total power output to deliver previously unthinkable performance levels and an innovative, exhilarating and unique soundtrack, further enhanced by the fact that it can be relished with the top down.

The car’s name combines its total displacement (2992 l) and number of cylinders with the GTS (Gran Turismo Spider) acronym in finest Ferrari tradition, to underscore this new engine’s epoch-changing importance to Maranello. It is not simply the living, beating heart of the 296 GTS, but it also ushers in a new V6 era that has its roots deep in Ferrari’s unrivalled 75-year history.

The very first Ferrari V6 featured a 65° architecture and debuted on the 1957 1500 cc Dino 156 F2 single-seater. This was followed in 1958 by larger displacement versions on the front-engined sports prototypes – the 196 S and 296 S – and the 246 F1 car which powered Mike Hawthorn to the F1 Drivers’ Championship title the same year.

The 296 GTS’s plug-in hybrid (PHEV) system guarantees it is an incredibly usable car as well as cutting pedal response times to zero and delivering a 25km range in all-electric eDrive mode. The car’s compact dimensions and the introduction of innovative dynamic control systems as well as meticulously honed aero ensure that the driver will instantly be impressed by its astonishing agility and responsiveness to commands. Its sporty, sinuous design and extremely compact dimensions also visually underscore its unique and modern forms, while skilfully referencing the likes of the 1963 250 LM, the perfect marriage of simplicity and functionality.

The RHT (retractable hard top) guarantees exceptional occupant comfort. With the roof stowed it features a sleek, sporty design and with the roof up, the silhouette remains very similar to that of the 296 GTB. The lightweight RHT takes a mere 14 seconds to retract or deploy at speeds of up to 45km/h. The separation line between the car’s body and the roof is above the B post. As a result, the folding roof splits into two sections that fold flush over the front of the engine, thus maintaining the engine bay’s thermal dissipation characteristics and the balance of the overall design. This also allowed the designers to introduce a window in the rear section of the engine cover through which the new V6 is clearly visible. When the top is retracted, the cabin and the rear deck are separated by a height-adjustable glass rear screen which guarantees optimal passenger comfort even at high speeds.

As was the case with the SF90 Stradale, for clients who want to exploit the car’s extreme power and performance to the utmost, particularly on the track, the 296 GTS is also available with the Assetto Fiorano package, which includes lightweight features and aero modifications.