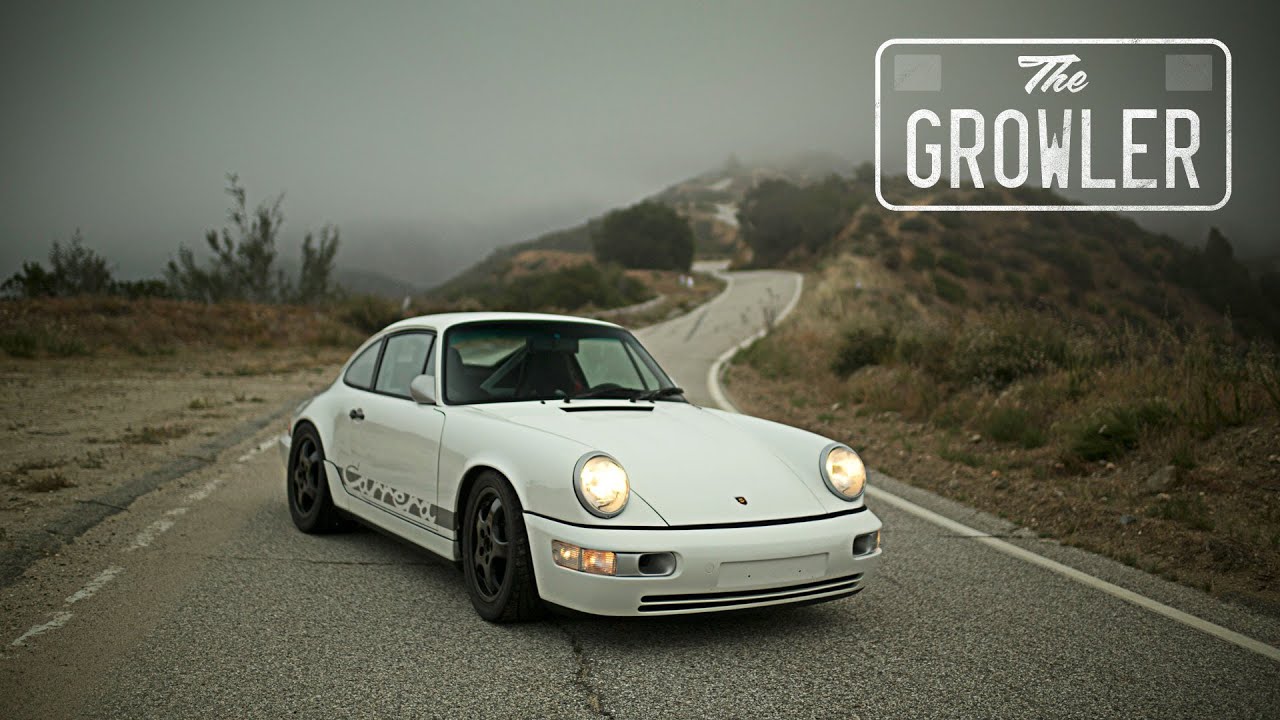 You’ll Hear The Growler From A Mile Away. What began as indifference quickly morphed into an obsession.

It also turned owner Alexander Bermudez from a water-cooled Porsche driver into one who describes his 964-based “hot rod,” The Growler, as “unapologetically raw”—and just the thing for slaying tight mountain passes.

“For me, it’s just about the emotional experience,” Bermudez says. “The Growler is a pretty interesting blend. It’s not too raw, but when you want the feedback from a raw car, it gives it to you—and gives it to you in spades.”

From Trinidad and Tobago, cars weren’t exactly a focus. After all, Bermudez saw his first Porsche only after he’d moved to London! Two enthusiast owners before him spent a considerable amount of time and money making this 1990 964 go quickly, but Bermudez was intent on finishing the car.

Completing everything from grafting on a new sunroof-less roof to adding Recaro seats and roll cage, nothing has escaped attention. Its massaged motor, lighter weight, Carrera RS suspension, and other performance modifications have turned the car into a seriously impressive canyon carver.

“Because it’s so light, it has the speed and acceleration you’d typically find in the water-cooled cars, and yet, because it’s slightly older and has automatic steering taken out of it, it has really good steering feel,” he says. “The closer you get to the edge, it becomes more comfortable, because it’s telling you exactly what’s going on.”

Spending some weekends racing with the Porsche Owners Club has helped to teach Bermudez how to go fast, and most importantly, what he wants from a performance car.

The Growler was previously featured on Petrolicious.com; check out our earlier story for more technical details. (http://www.petrolicious.com/wwucu)