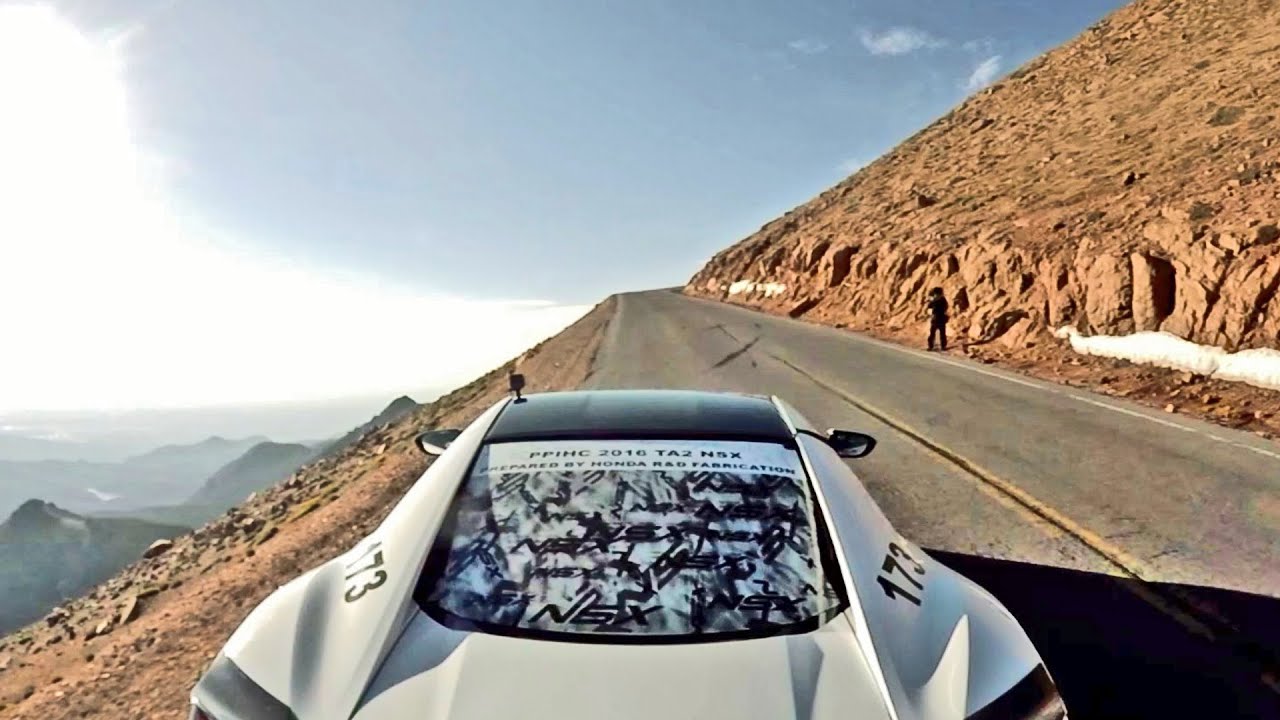 The production-based Acura NSX is powered by Acura’s revolutionary three-motor Sport Hybrid Super-Handling All-Wheel Drive powertrain (Sport Hybrid SH-AWD), the first electrified torque vectoring powertrain in the world of exotic sports cars. With added required safety equipment for competition, the NSX negotiated the 12.42-mile course in a time of 10:28.820 to win the Time Attack 2 class of the Broadmoor Pikes Peak International Hill Climb. Nick Robinson, North American R&D team member and engineer in charge of the next-generation supercar’s dynamic performance, drove the production-based Acura NSX to victory. Nick is also the reigning PP250 winner from the 2015 Pikes Peak International Hill Climb.
“I’m incredibly happy to have won the Production Class with the new NSX!” Robinson reported. “The hard work the entire development team has put into the NSX over the past few years really paid off.”