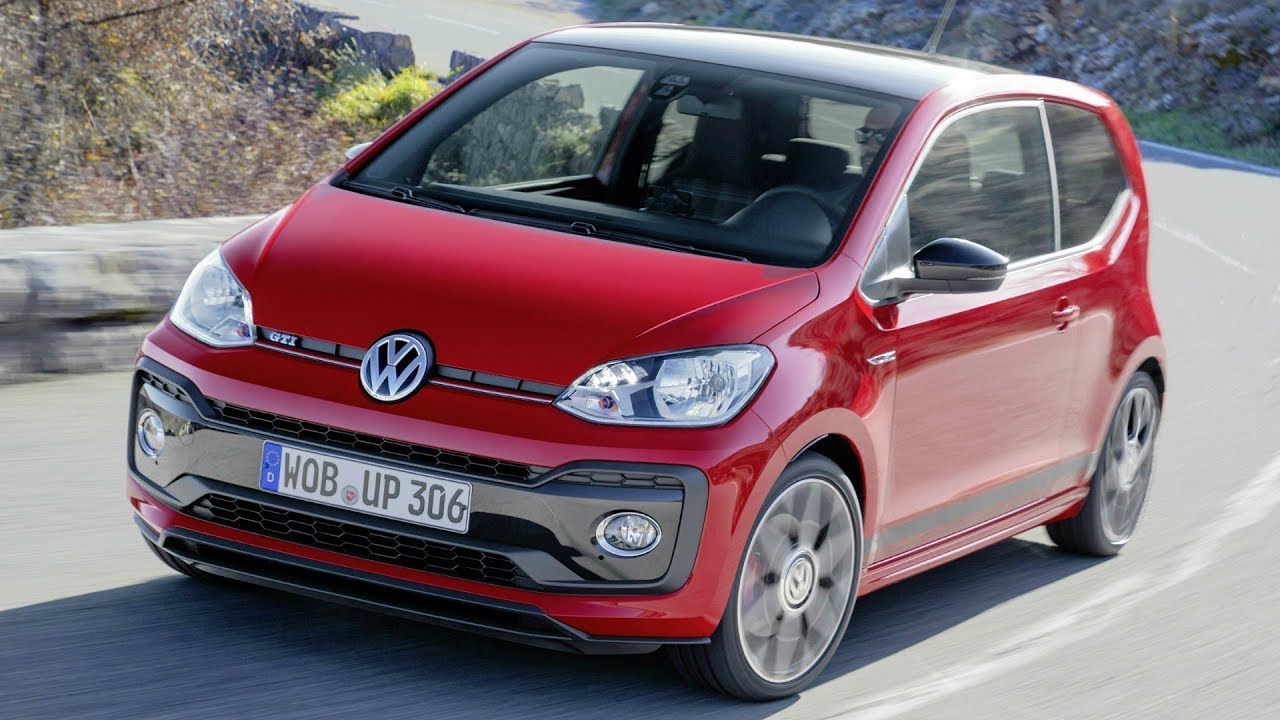 – up! GTI with 85 kW/115 PS of power brings a new dimension of driving fun to the class of small cars
– Lowered bodywork for sporty driving properties
– Type approval based on the new WLTP fuel consumption measurement procedure for the first time

Volkswagen will soon launch the new up! GTI which features low weight, a powerful engine, sports running gear and typical GTI characteristics both inside and outside the car. This means that the most popular small car can now be ordered for the first time with characteristic GTI traits. Pre-sales for the new sports car have begun, and prices start at 16,975 euros.

The new up! GTI – whose exterior and interior dimensions are similar to those of the original GTI of 1976 – is powered by a turbocharged engine (TSI) with a powerful 200 Nm of torque. It reaches a top speed of 196 km/h and accelerates from 0 to 100 km/h in 8.8 seconds. The colours are once again classic and typical of a GTI: along with the monochrome colours ‘Red’ and ‘Pure White’, the metallic colours ‘Dark Silver’ and ‘Black Pearl’ are also available.

The most powerful up! can be recognised by typical GTI interior and exterior traits. At the front end, for instance, there is the red cross-stripe in the radiator grille with its honeycomb pattern. Incorporated above it is the GTI logo. On the sides, double black cross stripes extend across the wide side sill covers. In addition, the exterior mirror housings are painted in high-gloss black.

The 17-inch alloy wheels have also been redesigned. They have a particularly striking look in the wheel housings, because the up! GTI has sports running gear that is 15 mm lower. GTI features characterise the rear as well: here these include once again a red stripe and a larger roof spoiler that provides greater downforce on the rear axle and thus optimised handling characteristics. Typical interior features include the leather sport steering wheel, GTI gear lever knob and the legendary ‘Clark’ seat pattern. The new up! GTI can now be ordered at prices starting at 16,975 euros.

With the up! GTI, Volkswagen is launching the first model to obtain type approval based on the new WLTP (Worldwide Harmonized Light-Duty Vehicles Test Procedure). This means that the realistic WLTP figures are available in addition to the currently mandatory NEDC (New European Driving Cycle) fuel consumption figures. The WLTP introduces a test procedure for determining fuel consumption and exhaust emissions that is uniform across many parts of the globe. For the up! GTI, a WLTP fuel consumption figure of 5.7 to 5.6 l/100 km (combined) was measured.