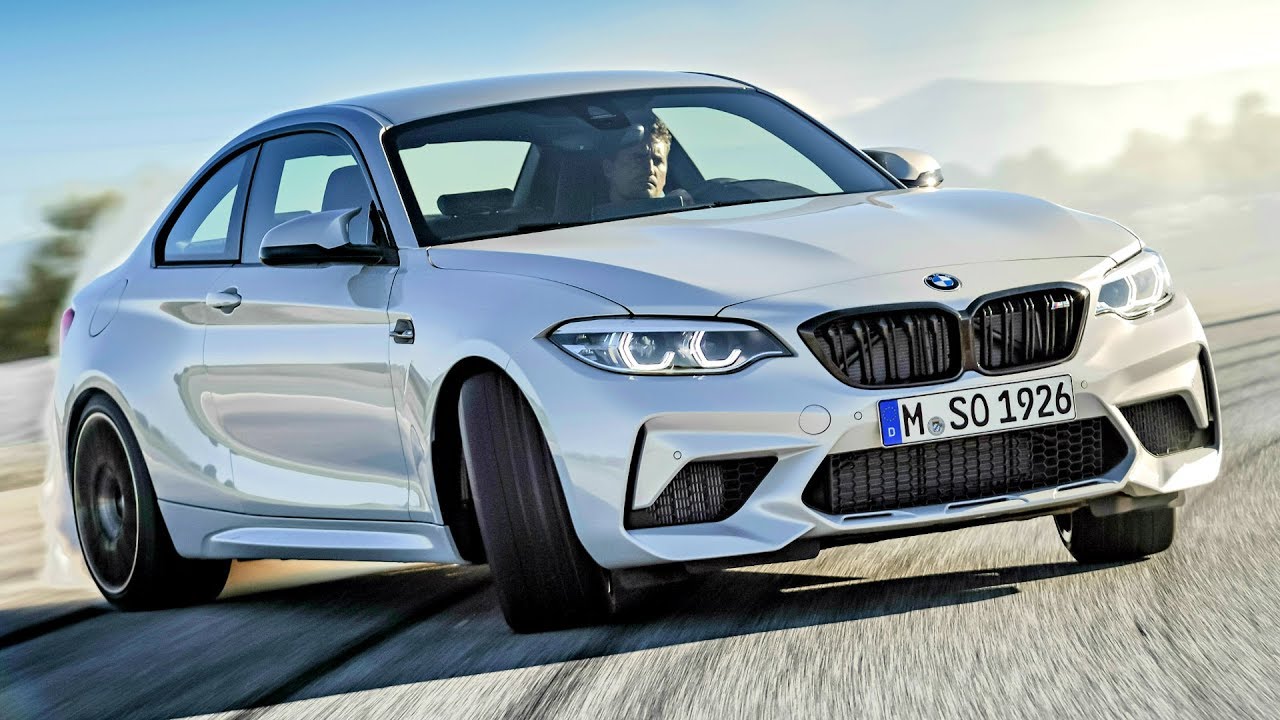 The centrepiece of the new BMW M2 Competition is its new engine, based on the power unit from the BMW M3 and BMW M4. The double-charged sixcylinder in-line engine with M TwinPower Turbo technology delivers 410 HP between 5,250 and 7,000 rpm. The engine’s peak torque of 550 Nm is on tap between 2,350 and 5,200 rpm. The power unit boasts an insatiable appetite for revs for a turbocharged engine and offers exceptionally linear power delivery across a broad rev range. A dual exhaust system with electronic flap control provides the distinctive M sound, while the M TwinPower Turbo technology delivers outstanding efficiency. In relevant EU countries, the BMW M2 Competition also boasts an Otto particulate filter (OPF) to further reduce fine dust pollution.

The new BMW M2 Competition completes a standard sprint, from a standstill to 100 km/h, in 4.2 seconds (with M DCT, 4.4 seconds with six-speed manual gearbox). The top speed is electronically limited to 250 km/h. The car can be combined with the M Driver’s Package to raise the top speed to 280 km/h – 10 km/h more than with the BMW M2 Coupé.

The new BMW M2 Competition comes as standard with a six-speed manual gearbox, which stands out with its compact design and low weight. The use of a new type of carbon-fibre friction lining enhances shift comfort. An engagement speed control function, which blips the throttle on downshifts and lowers the engine’s revs on upshifts, makes gear changes even smoother. This also lends the car additional stability during hard driving on the track. Switching off the DSC deactivates the engagement speed control function. Wet-sump lubrication prevents any sloshing of the transmission oil and ensures all components benefit from an efficient supply of oil.

The seven-speed M Double Clutch Transmission (M DCT with Drivelogic) can be ordered as an option. This system effectively combines two gearboxes, each with its own clutch, and enables either extremely fast gear changes with no interruption in the flow of power or ultra-smooth shifts. The driver can change gear either in automated mode or manually using the gearshift lever on the centre console or shift paddles on the M leather steering wheel. In automatic and manual modes, Drivelogic provides the driver with a choice between preconfigured driving programs: COMFORT, SPORT and SPORT+. In automatic mode, the driver can then adjust the timing of the gearshift, its intensity, and the automatic throttle blipping function on downshifts.

Moving between the transmission’s manual modes alters the shift dynamics, but it is the driver who determines the timing of a gear change. The system detects which gear the driver will choose next on the basis of the engine revs, the accelerator position, the level of acceleration and the driving mode, and engages it before the driver has actually moved the shift paddle. As a result, the clutches now only need to open or close for the gear-change process to be completed. The change of gear is therefore executed in fractions of a second.

The engine compartment conceals the most striking component: the CFRP high-precision strut from the BMW M3/M4. This one-piece component is made from extremely light, yet high-strength, carbon fibre and weighs in at just 1.5 kg. Together with the bulkhead strut from the M4, it significantly increases front section rigidity to improve steering behaviour and precision.