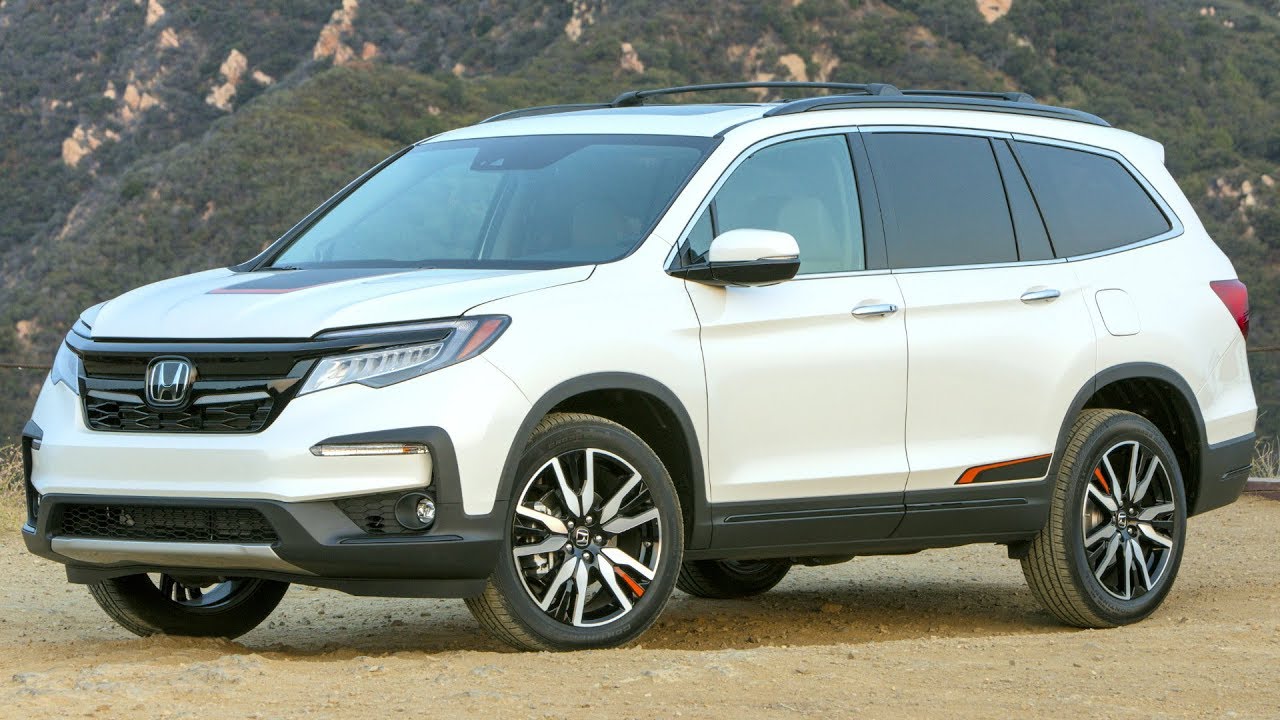 Combined, the upgrades to Pilot reinforce its capabilities while emphasizing the state-of-the-art technology and family-friendly character that has made it one of the most popular midsize 3-row SUVs. Pilot also remains one of the few models in its segment to offer 8 seats (7-seats with the optional second-row Captain’s Chairs), with three-person capacity in both the second and third rows, and with third row access made simple and easy by the available One-Touch Walk-In feature.

For 2019, Pilot receives a number of refinements to the 9-speed automatic transmission (9AT), available in Touring and Elite models. When in Drive and under light-to-moderate throttle, the 9AT will now start in second gear for smoother launch and lower speed acceleration. The transmission also defaults to second-gear launches when the Intelligent Traction Management (ITM) switch is in Snow mode. At full throttle, with steep grades, in S mode, or with the ITM in Sand or Mud, the 9AT will start in first gear.

Pilot also has an upgraded Idle Stop system. Fully integrated with the new second-gear launch mode, it features new programming and a new brake pressure trigger for quicker restarts when accelerating immediately after engine stop, making the system less noticeable in heavy traffic and similar driving situations. The air conditioning has been reconfigured as well to reduce engine restarts. Additionally, when in idle stop, the engine remains off after shifting to Park for a more intuitive driving experience.

The Pilot’s new instrument cluster now uses a 7-inch Thin Film Transistor (TFT) with a wide range of information content. Not only does it display typical vehicle functions such as vehicle speed and RPM, the TFT includes a Multi-Information Display (MID) with driver-selectable customizable features, such as audio system information, a detailed trip computer, phone information, and turn-by-turn route guidance on Pilot models equipped with navigation. Drivers navigate the new TFT using a new steering wheel with enhanced controls, redesigned for more intuitive operation such as Bluetooth® phone buttons that are more easily distinguished by touch.

The available next-generation HondaLink® platform connects customers to online content both inside and outside the car for a variety of cloud-based services. Connected to the user’s smartphone by the Bluetooth® HandsFreeLink® wireless interface, the HondaLink® phone app provides convenient access for free services including roadside assistance, vehicle health report, service scheduling and access to the vehicle Owners Guide. Additional fee-based services such as automatic collision notification, security alarm alert and personal concierge are also available.

Available for the first time in Pilot is wireless smartphone charging, using the Qi and PMA charging standards. Large enough for even plus-size smartphones, it’s standard on Elite models and available as a dealer-installed accessory on EX, EX-L and Touring trims.