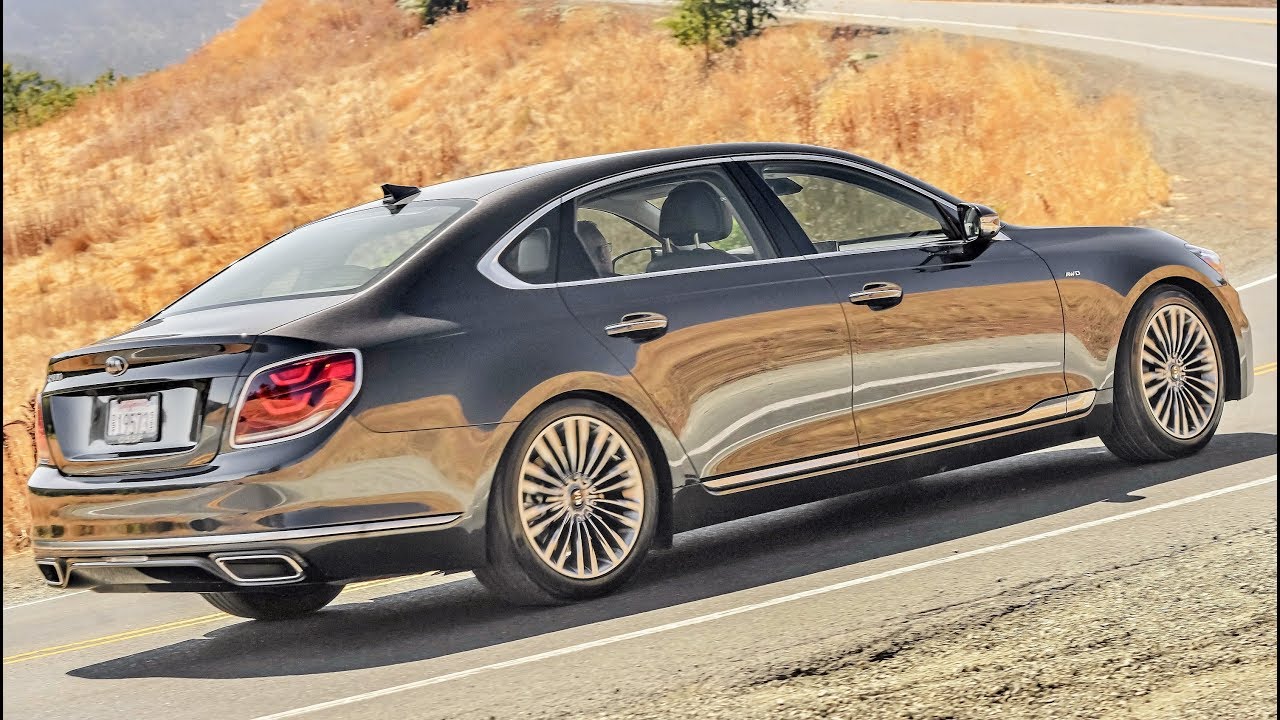 The K900 has evolved into a truly sophisticated driving machine powered by a 3.3-liter twin turbo V6, the same engine found in the automaker’s highly acclaimed Stinger fastback sport sedan. This world-class engine outputs 365 horsepower (With Premium gasoline) and 376 pound-feet of torque and was recently named to Ward’s 10 Best Engines list for its exceptional responsiveness and refinement. The twin Honeywell turbos are integrated into the exhaust manifold for enhanced durability and quicker response. Dual Continuously Variable Valve Timing (CVVT) works seamlessly in tandem, resulting in optimal and instant power delivery.

Since turbo engines typically generate more heat than non-turbo engines, a robust cooling system was required. To meet the challenge of extreme environments, Kia’s development team exceeded internal targets and over-engineered a system that utilizes a wider radiator for more efficient cooling and airflow, and adopted a high-capacity 600-watt brushless electric fan motor. Aiming to provide the highest level of quality and durability, Kia conducted testing and validation in extreme environments all over the world.

The engine pairs with a second-generation in-house engineered and built 8-speed automatic transmission to manage its power in a smooth and seamless manner. The Shift-by-Wire gear selector is standard and with no required scheduled maintenance under normal conditions, the transmission is excellent for everyday driving. At the same time, this gearbox allows quick and confident shifts during more spirited driving.

Sophisticated and stately, the 2019 K900 brings a new definition of premium luxury to the Kia portfolio. Although it’s slightly longer and wider than the outgoing model, this K900 actually looks tighter thanks to its reimagined proportions, especially with respect to its profile. Combining a beautifully balanced design with flowing lines, tensioned surfaces and geometric details, the K900 introduces a modern air of elegance to the large sedan segment. Kia’s designers were inspired by a design ethic they call ‘The Gravity of Prestige,’ and this all-encompassing philosophy translates to a feeling of solidity and volume in the upscale space.

Based conceptually on the ever changing shape of condensed energy, a new ‘Quadric pattern’ signature grille is the focal point of the K900. There are 176 jewel-like ‘cells’ within the grille, suggestive of released energy accelerating away from its center in the way ripples in water move away from the impact of a splash. Natural flowing lines emanate from this frontal area, rise over the hood, sweep through the flanks and culminate at the rear.

Influenced by the trajectory of light, the design of the duplex headlamps provides the K900 with a visually progressive image that establishes presence and character. Above the light housings, a floating hood design emphasizes the length, volume and balanced proportions of the car.

In profile, a satin chrome flash adds depth to the smooth bodywork, running along the base of the doors and around the lower rear section of the K900 to pull your eyes downward to the car’s large and detailed 19-inch wheels. The brightwork along the window-line adds a degree of structure to the rich and exaggerated C-pillar design before it merges with the rear deck.

The rear of the K900 shows off a wide stance decorated with eye-catching details. The duplex rear combi lights echo the design language of the headlights and the integrated exhaust housings are finished off with chrome.