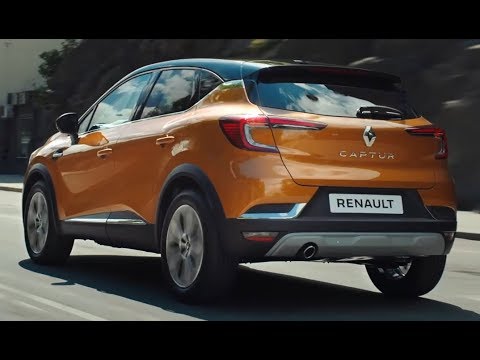 2020 Renault Captur – Interior, Exterior and Drive. After 1.5 million units sold in more than 90 countries over the last seven years, the Renault Captur has been overhauled. The second generation was unveiled in July and is now on deck at the 2019 Frankfurt Motor Show for its public premiere.

New from the ground up, it sports a modern, yet evolutionary, design that makes it look like a smaller Kadjar. It’s based on the CMF-B platform of the fifth-gen Clio, which supports electrification. As a result, starting next year, it will also be offered with a plug-in hybrid powertrain.

“From 2020 and on, New Captur will be the first in its category to be available with a plug-in hybrid”, said CEO Thierry Bollore. “We developed a unique transmission system adapted to the hybrid requests, together with energy management technology directly derived from Formula 1. At Renault, we are committed to make technology and innovation within our customers’ reach. This is our story, and this is our future.”

Other powertrains available for the Peugeot 2008, Opel/Vauxhall Mokka X and Honda HR-V rival are the TCe 100, TCe 130 and TCe 155 petrol engines, as well as the Blue dCi 95 and Blue dCi 115 diesels. No matter which one you go for, though, you’ll have to be content with front-wheel drive, as AWD is not even an option.

Renault should detail the trim levels and announce their pricing shortly, as the 2020 Captur is expected go on sale this fall.