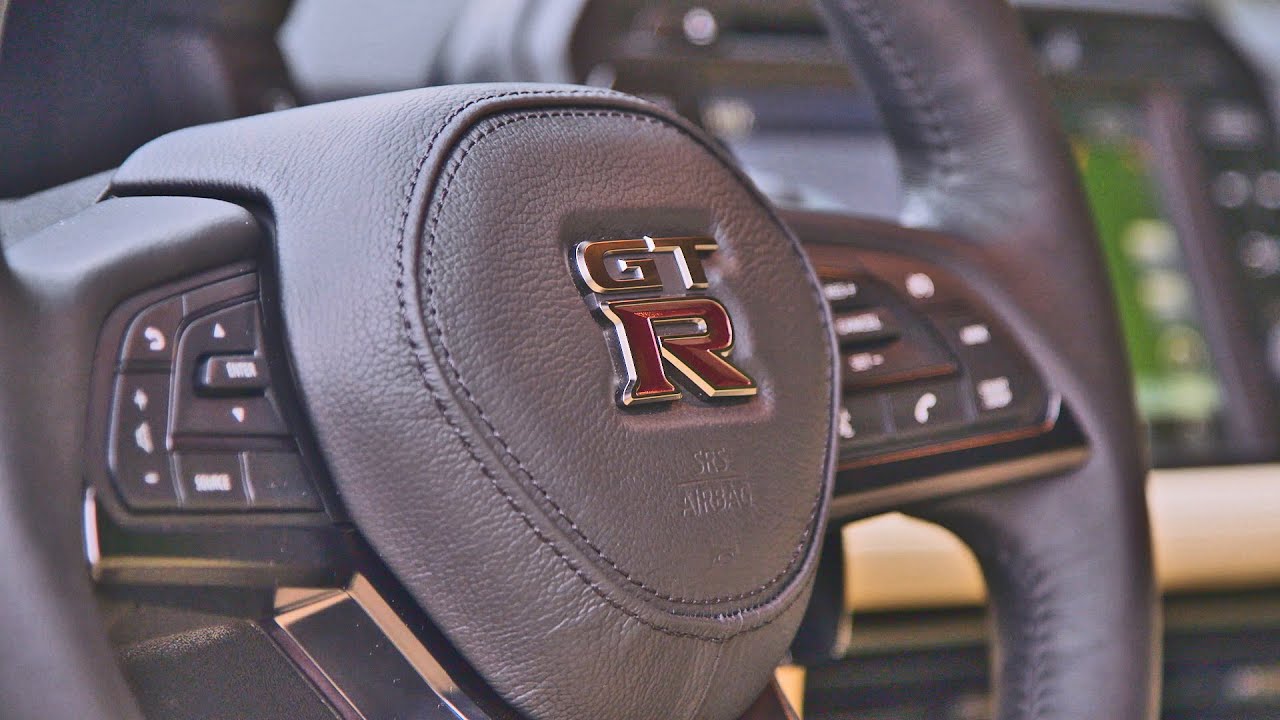 INTERIOR: 2017 Nissan GT-R. Featuring superbly crafted materials, the MY17 Nissan GT-R’s new interior delivers an unparalleled degree of comfort, luxury and everyday usability unlike any iteration before. Seamlessly wrapped in one continuous hide of the highest quality Nappa leather, the new dashboard adopts a “horizontal flow” to deliver a sense of high stability for the car’s front-seat occupants, while the line from the instrument cluster to the center console provides a distinct driver-oriented environment for those behind the steering wheel.

The center stack layout has been improved and simplified, with the number of integrated navigation and audio controls reduced from 27 switches in the previous model to only 11 in the 2017 version. The navigation system controls and display have been placed slightly lower on the instrument panel for easier use and better forward visibility for both the driver and front passenger. Also, the redesigned navigation system layout has been improved and the dials are now machined from real aluminum alloy for better feel and operation. An enlarged 8-inch touch panel monitor features large icons on the display screen to allow the user to easily manage the audio system, navigation system, telephone controls and other infotainment functions.

For the U.S., Canada and China market, a telematics service is also available. The icon layout can be fully customized by the user’s preferences, and a new Display Command control on the carbon-fiber center console allows easy operation without having to touch the monitor.

The shift paddles are now mounted to the new steering wheel, allowing drivers to change gears in mid-turn without having to take their hands off the wheel.

The driver and front passenger seatbacks for the Premium model have been reengineered to provide a more premium ride experience through improved comfort and support, and now feature reconfigured urethane foam for better torso support, resulting in less slippage during spirited driving and reduced fatigue on long commutes.

The new 2017 Nissan GT-R now offers 565 horsepower, an increase of 20 HP versus the 2016 model, with a flatter torque curve for enhanced on-demand acceleration. Among the powertrain changes is a new Titanium exhaust system – standard on GT-R Premium models – which combines with new Active Noise Cancellation and Active Sound Enhancement technologies to filter out unwanted noise and retain excitement during spirited driving. Acoustic glass and targeted sound dampening help reduce the intrusion of wind and road noise into the GT-R cabin.

Nissan announced pricing of $109,990 USD for the new 2017 GT-R Premium model, which goes on sale beginning in mid-July at select Nissan dealers in the United States.