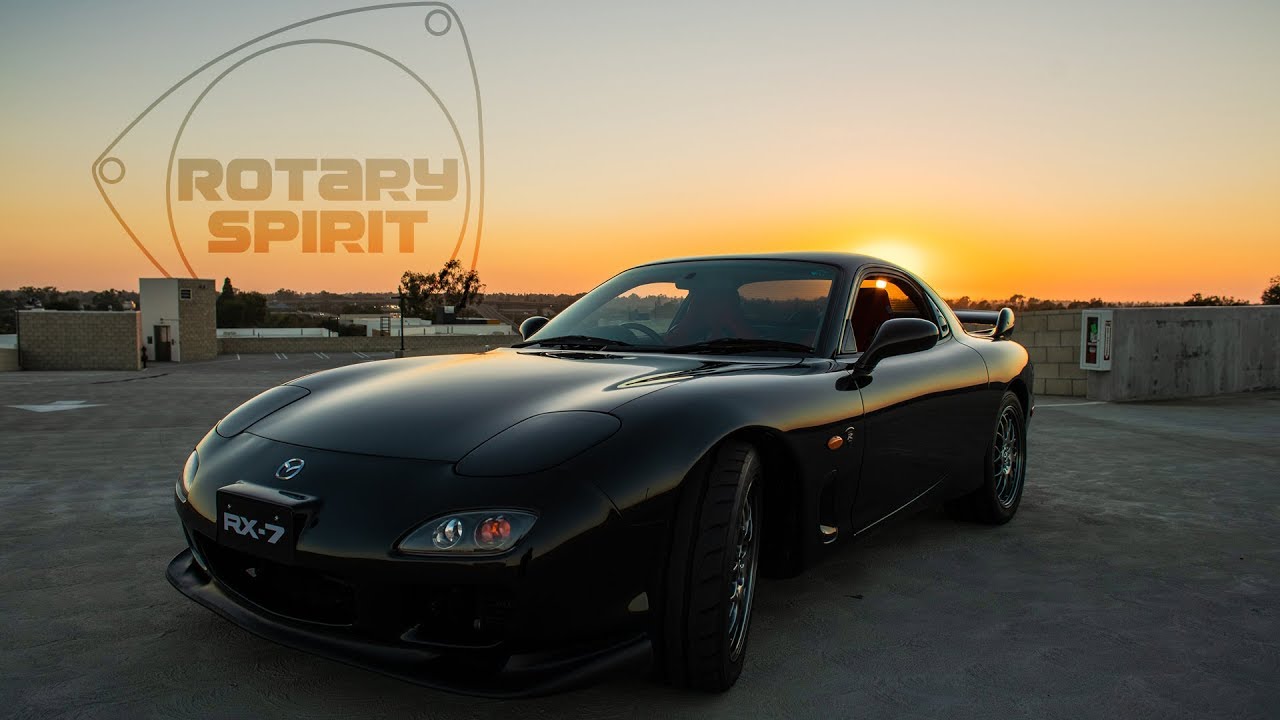 2002 Mazda RX-7 Spirit R: Rotary Spirit. The influence of modified Japanese sports cars found a new high watermark in the car enthusiast community in the 1990s and early 2000s, especially with the younger subset looking for something other than their parents’ favorite European and American fare. Skyline GT-Rs, Toyota Supras, Mazda RX-7s, and their contemporaries provided already-potent bases upon which one could build a truly personalized machine, in regards to both performance and aesthetics, and with outcomes on either end of the spectrum of taste. The model lines were nothing new, but they arguably peaked—and simultaneously—during the 1990s and early 2000s.

This is when Aaron Backx grew up, so the obsession with cars like his twin-turbo rotary-powered RX-7 featured in today’s film shouldn’t be surprising. A lot of kids were affected by the so-called Gran Turismo era, but very few of them can say they grew up to own one of the halo cars of the era, Mazda’s ultimate send-off to the iconic RX-7: the Spirit R.