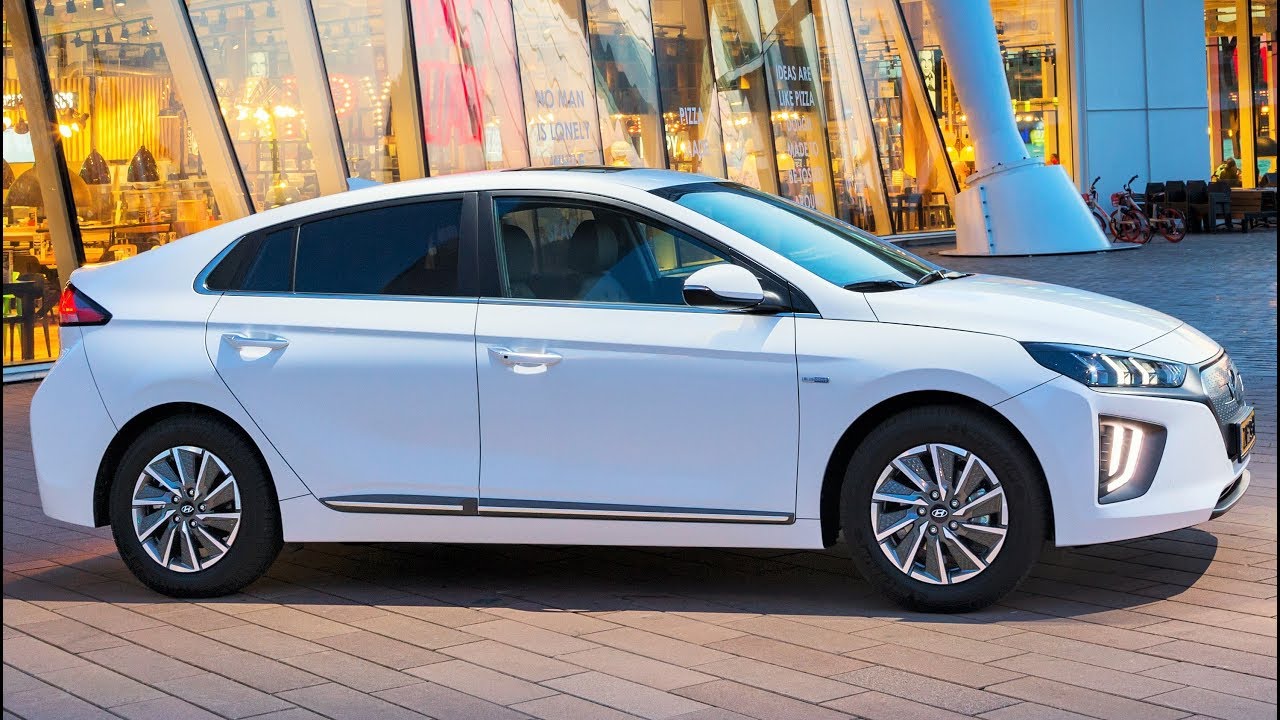 The new IONIQ Electric’s battery has been upgraded from 28 kWh to 38.3 kWh, meaning drivers can go even further between charges. It boasts 36% additional energy storage capacity, offering a total of 311 kms of range. Its e-motor delivers a maximum power of 136 PS and 295 Nm of torque and is fitted standard with a 7.2-kW on-board charger – an upgrade from current 6.6-kW – for Type 2 AC charging. Using a 100-kW fast-charging station, the battery can reach 80% charge in as little as 54 minutes.

The new IONIQ features Hyundai Bluelink, a connected car system which uses embedded telematics to allow drivers of IONIQ Electric to remote control the air conditioning, while all versions allow remote lock or unlock via a smartphone app. Thanks to Bluelink, charging can be remotely controlled and scheduled via the app as well.

In addition to this, the new IONIQ arrives with Hyundai LIVE Services available when customers include the optional 10.25-inch Audio Visual Navigation (AVN) system. Drivers receive a five-year free subscription for this feature, which offers up-to-the-minute information about: weather, traffic, speed camera warning (where legally allowed), on- and off-street parking, live nearby-dealer information as well as identifying nearby charging stations and live POI Search.

The optional Audio Video Navigation system displays a wide variety of useful information across its 10.25-inch split touch-screen, and features available Cloud-based voice recognition in six languages (only with Bluelink). The improved screen can be customised providing two home screen versions and ability to edit displayed widgets and icons. In addition to standard Android Auto and Apple CarPlay – included even with the base onboard system – with new Multi-Bluetooth function (included with 10.25-inch AVN option only) drivers of the new IONIQ can connect two phones at the same time to listen to each phone’s music through Bluetooth streaming.

Below the new wide screen 10.25-inch AVN screen, the control panel for heating and climate control has been redesigned and sports a sleek, glossy finish. New touch-type control buttons allow for intuitive operation of heating, ventilation and air conditioning. The IONIQ Electric standard high-resolution 7-inch LCD console display (optional for hybrid and plug-in hybrid versions) has been improved with mood lighting to visualise the different drive mode themes. To round off the improved modern interior design, blue ambient lighting has been applied across the passenger-side lower dashboard and the centre console.

The front of the new IONIQ Electric has been updated also with a new distinctive pattern on the closed grille. Also featured is an updated front bumper design with a silver-coloured moulding at the bottom, and new anthracite seen on the rear bumper moulding and daytime running light bezels up front, creating a more refined and dynamic look. The LED DRLs as well as the newly available LED head- and taillights have been completely redesigned to make the IONIQ stand out at night – offering not only aesthetic enhancements but also additional safety.

The IONIQ Electric and Plug-in models are available with redesigned 16-inch alloy wheels.

The new IONIQ is available in nine exterior paint colours, including four new ones: Fluidic Metal, Electric Shadow, Liquid Sand and Typhoon Silver. Following the outstanding success in its market segment since 2016, IONIQ drivers have been creative in their aesthetic requests, and Hyundai has listened.

For a comfortable and safe driving experience, all new IONIQ models are equipped with a comprehensive Hyundai SmartSense technology package. This cutting-edge driver assistance system constantly monitors the environment around the vehicle to protect drivers from potential hazards while on the road.