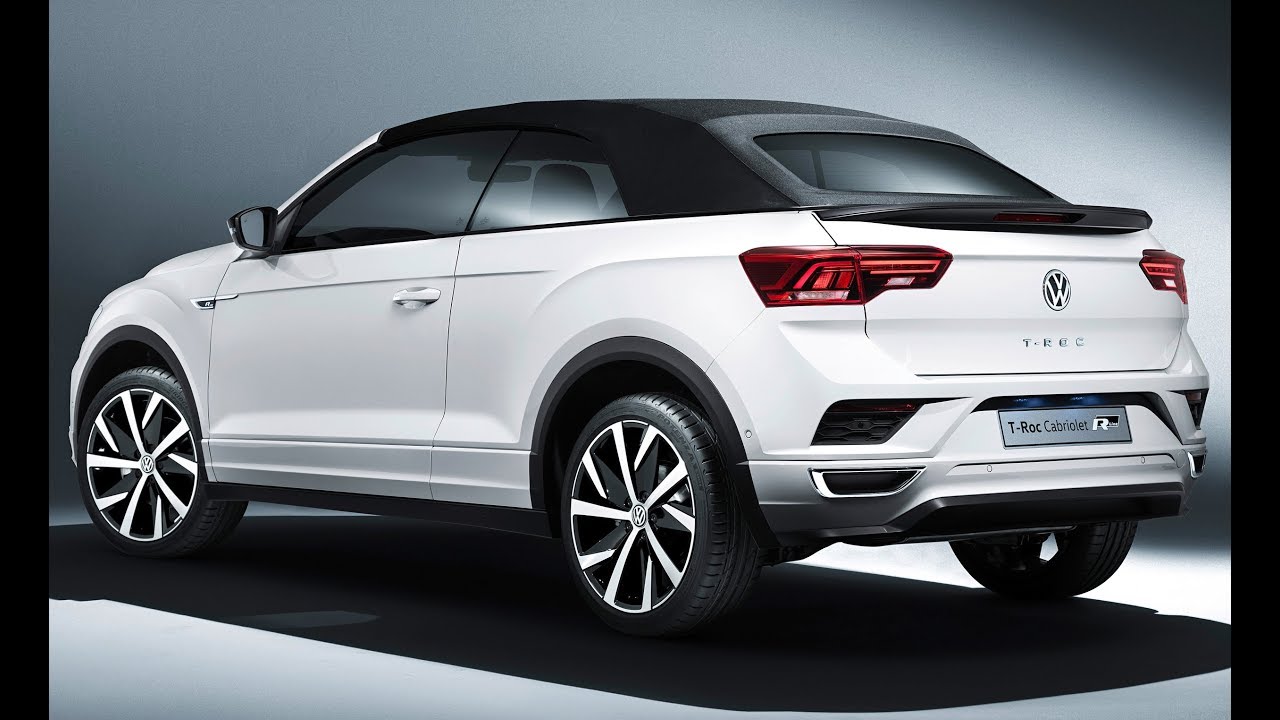 Thanks to its wide stance and hunkered down proportions, the T-Roc Cabriolet is a relatively attractive little open-topped crossover that offers approximately 10.0 cubic feet of trunk space and a standard power-operated soft top. That roof opens in a claimed nine seconds at speeds of up to 19 miles per hour.

Don’t plan to travel too far off the beaten path in the T-Roc Cabriolet, though, as the model strictly sends its power to the front wheels. Two engines are available, though: a 114-horsepower turbocharged 1.0-liter three-cylinder or a 148-hp turbocharged 1.5-liter four-cylinder. A six-speed manual comes standard, however, a seven-speed dual-clutch automatic transmission is an option on the four-pot.

Additionally, the little crossover convertible offers two design packages for consumers to choose from. The Style package is the tamer of the pair and marries its 17-inch wheels and tires with standard ambient lighting and an available leather interior package. Meanwhile, the R-Line adds visual dynamism courtesy of its standard fog lights and fabric and leatherette sport seats. Also equipped with standard 17-inch wheels and tires, the R-Line further backs up its racier looks with special tuning to its running gear and steering.

Regardless, both the Style and R-Line packages come standard with a low-speed emergency braking system with pedestrian detection and lane-keeping assist, as well as available 19-inch wheels and tires. Those looking to up the ante, even more, can add an available Beats audio system, an 11.7-inch digital gauge cluster, and the brand’s latest 8.0-inch touchscreen infotainment system to the drop-top T-Roc.

While we’re still not sold on crossover convertibles, we concede that the T-Roc Cabriolet possesses a certain charm that grabs our attention. Whether it’s met with sales success or not remains up in the air, as the model doesn’t go on sale until spring 2020. That’s across the pond, too. Unfortunately, we expect Volkswagen to keep the T-Roc Cabriolet, like the regular T-Roc, away from the United States.