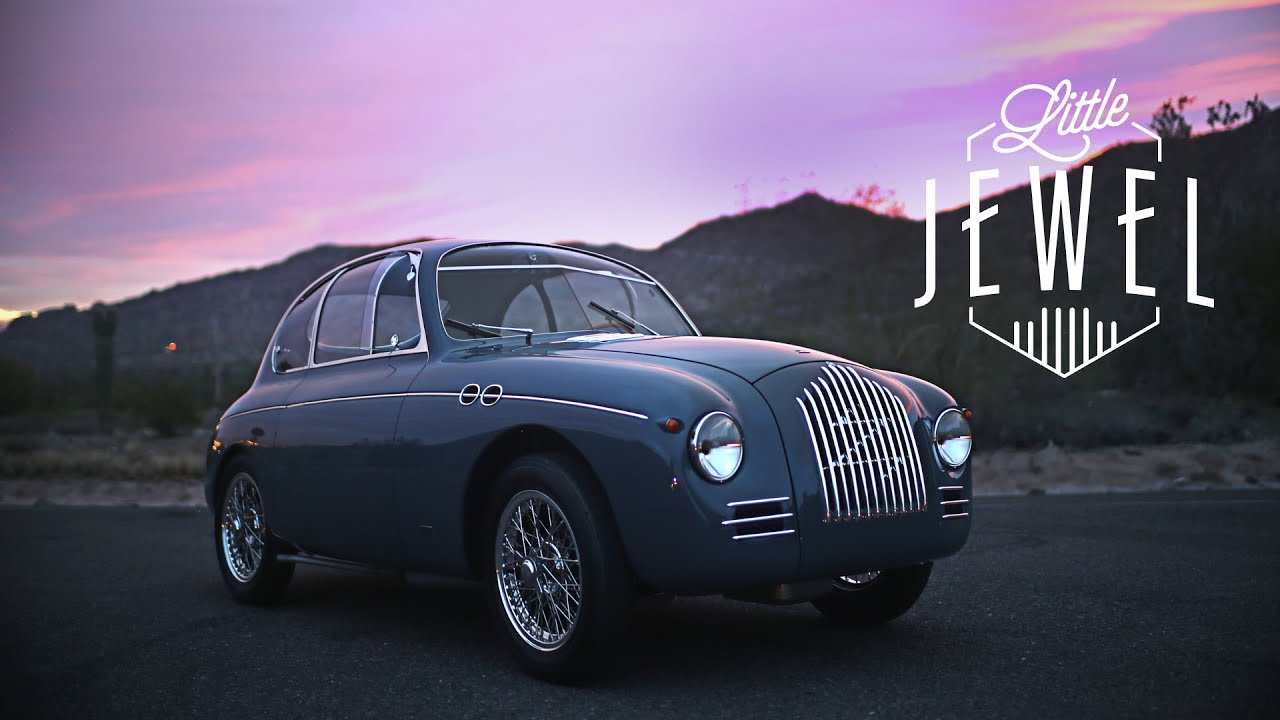 This Fiat Topolino Zagato Is A Little Jewel. “I love the aspect of handmade, I love the aluminum work…” says Scott Gauthier, “I love that every one of them is unique.”

“I’ve really been taken by that,” he adds. Once you hear Gauthier—an avowed fan of Italian coachbuilder Zagato—talk about this particular car, it’s clear this little jewel is something special.

You’re looking at the only known surviving 1949 Fiat Topolino 750 MM by Zagato, one of a handful originally built…and a car that even raced flat-out in period at Italy’s harrowing Mille Miglia road race.

It may be from before his time, but Gauthier knows the car inside out: he’s the one who restored it.

“I’ve always loved working with my hands,” he says, explaining how he eventually found himself years later making his own jewelry. “Restoring cars, I think is one of the joys of owning a car… Because of the world I’m in, nothing really scares us. You just can’t look at it as too serious of a thing,” he says.

Judging by the numerous awards the car has been honored with since restoration was finished, this rare car will likely survive far into the future thanks to Gauthier’s own two hands.